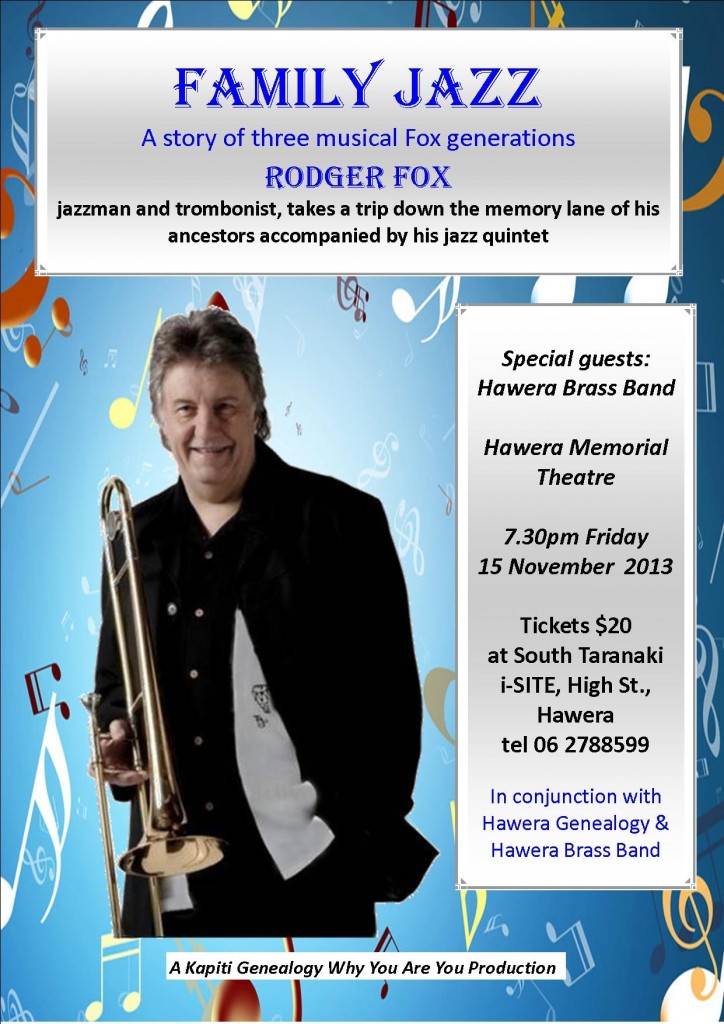 THE FOX RETURNS TO HAWERA

Rodger Fox, New Zealand’s foremost jazz trombonist, big band leader, jazz educator, arranger, and producer, returns to Hawera, the stamping ground of his grandfather Harry “HCA” Fox and father Louis, in November. FAMILY JAZZ  is the story of three generations of the Fox family. He will be accompanied by his jazz quintet and singer Erna Ferry, with special guests the Hawera Brass Band.

Kapiti Genealogy is pleased to be able to take the show to Hawera in association with Hawera Genealogy and Hawera Brass Band. 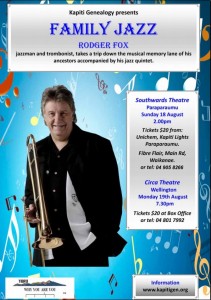