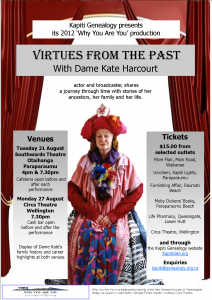 YURU 2012 has concluded a highly successful Wellington season with Dame Kate appearing before a full house at Circa on August 27.

Joined by family, friends, general public and genealogists at their final functions of Family History Month, she revelled in the audience interaction.

The finale was our Research Officer Sue Greene presenting Dame Kate with two books recording the family history research we had undertaken.

Many thanks to all those volunteers who helped make the shows such a success.

And so what is going to happen in 2013? Who is next – your thoughts would be welcome. 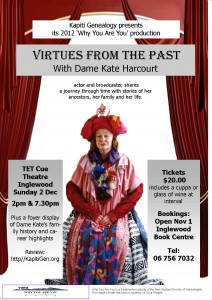 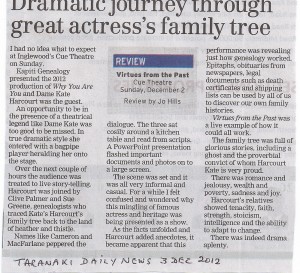 You’ve seen Dame Kate Harcourt’s view of her ancestors at YURU, now see her own story from her daughter’s perspective.

On now at Downstage.

Flowers from my Mother’s Garden 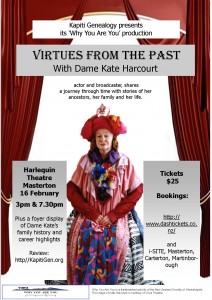