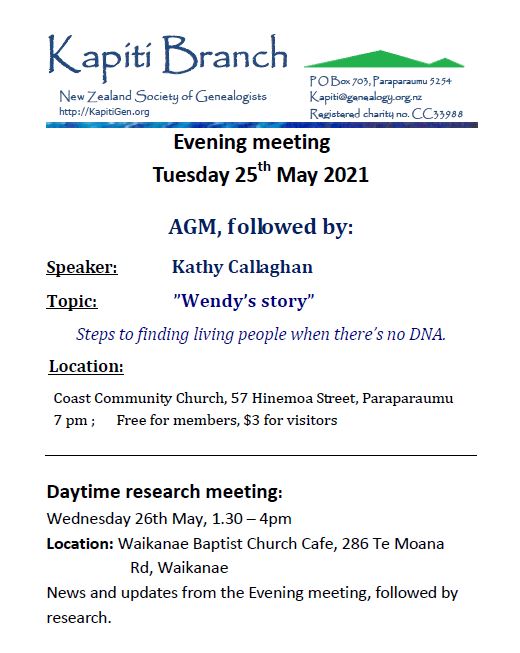 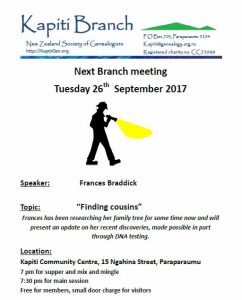 16 September 2017  Posted by Ian BROOKING at 12:08 am Uncategorized Meeting No Responses » 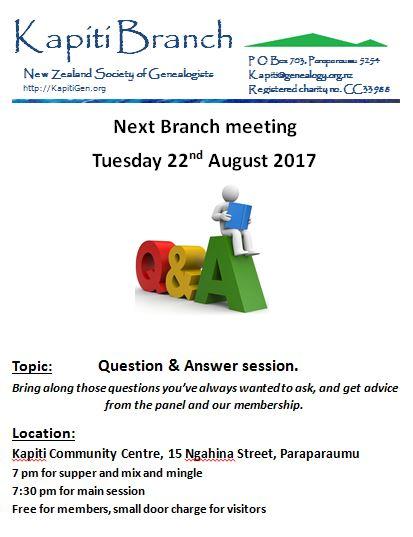 Unfortunately our scheduled speaker has had to cancel for this coming Tuesday owing to ill health.

It will be rescheduled at a later time.

Stepping into the breach at the last minute, for which many thanks, is our Convenor, Bill McKeich talking about his McKeich Family from Scotland to New Zealand (with a short interlude in Australia).

He will describe where he started from on his genealogical voyage of discovery back in 1981 when he took over from the small beginnings made by his father.

Along the way the history of the family will be outlined and will touch briefly on where  his research has lead him over the past five years.

On display will be the books which he has produced on aspects of his family’s history.

Genealogy’s Great – Pass it On

Our next meeting is:

Heidi will speak about Passenger Lists and the Digitisation Project recently completed in conjunction with Family Search of Utah.

Family History: Preserving our Past for the Future